Transit Employee Appreciation Day is Thursday, March 18! Click here to tell your favorite IndyGo employees why you think they are great!

INDIANAPOLIS (September 29, 2020) – The Indianapolis Public Transportation Foundation (IPTF) today announced an expansion of appointments to its Board of Directors. 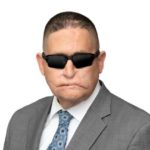 Jeff Mittman was confirmed to the IPTF Board by IndyGo’s Board of Directors at its September 2020 virtual meeting. Mittman is the Chief Executive Officer for Bosma Enterprises, the state’s largest employer of workers who are blind or visually impaired. He is the first blind CEO named in the organization’s 100-year history of demonstrated employment growth and participation in National Association for the Employment of People Who Are Blind (NAEPB), National Industries for the Blind (NIB), and AbilityOne program.

Barbara Malone, Indiana Department of Transportation’s ADA Compliance Manager, was confirmed to the IPTF Board by IndyGo’s Board of Directors at its September 2020 virtual meeting. Malone has more than 10 years of experience working within civic, ethical and political sectors, which has enhanced her skills in her current law practice. 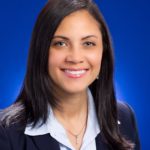 Erica Williams was confirmed to the IPTF Board by IndyGo’s Board of Directors at its September 2020 virtual meeting. Williams is a Private Wealth Advisor for BMO Harris Bank and has nearly 20 years of banking experience, enabling her to drive new banking and trust investment revenue into the private bank. Williams is also an executive board member for Indiana Chamber of Commerce and Indianapolis City Market. 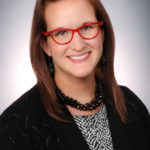 Lacey Everett, MIBOR’s Director of Political Affairs and Engagement, was confirmed to the IPTF Board by IndyGo’s Board of Directors at its August 2020 virtual meeting. Everett led the public marketing and communications efforts for Transit Drives Indy and continues to be involved with the continued implementation of the Marion County Transit Plan.

“I am thrilled about this expansion of the Indianapolis Public Transportation Foundation’s Board of Directors,” said Rick Wilson, chair of the IPTF Board. “These professionals bring a wealth of knowledge of transit and community development to the board and I look forward to the valuable guidance they will provide for the Foundation.”

The next meeting of the IPTF Board of Directors will be November 10 at 1 p.m.

The Indianapolis Public Transportation Foundation is dedicated to supporting accessible and inclusive public mobility solutions throughout Marion County and the surrounding area. Through philanthropic efforts such as public-private partnerships, fundraising, and grant-writing, the Foundation seeks to invest in programs and opportunities that create public transportation and transit options for all people throughout the region. To learn more, visit our website at https://www.indygo.net/foundation/.