The Carson Transit Center lobby and restrooms are now open. Please be advised capacity is limited. As a result, wait times inside will be limited to no more than 30 minutes. Learn more here.

Behind the Wheel: Lloyd Graham: Committed to Pride for All

Pride Month is important for many reasons, none of which are lost on Diversity & Inclusion and Workforce Development Manager Lloyd Graham, who identifies as a queer man. He said he sees this month as a time for increased education, visibility and representation of all identity groups.

“The LGBTQ+ community having the opportunity to engage with Pride Month as different identities become more widely celebrated in culture is immensely important,” said Graham. “It shows that the world is more willing to embrace difference than it has been previously, especially considering the narrative that’s existed throughout history.”

“Pride Month also plays a large part in validating and creating more visibility for identities that have historically been ignored, underrepresented, misrepresented, and marginalized,” Graham said. “Simply using and recognizing the letters and what they represent when saying ‘LGBTQ+’ creates a more inclusive atmosphere. However, there are plenty of identities that aren’t being represented within that acronym and the ‘+’ is an attempt to acknowledge all the lived experiences humans haven’t fully recognized, discovered or valued yet”

“I believe Pride celebrates whoever you are, however you are, and it doesn’t subscribe to shaming or blaming you for how you make sense of who you are or what stage you’re at in your journey,” Graham said.

As a man who identifies as queer himself, Graham shared that every journey is different, including his own.

Graham grew up in a Christian household and is a strong believer himself, which he says presented challenges between his identity and faith because of Christianity’s connection to homosexuality being a sin. At the age of 23, he decided to come out. When he told his mother, she was supportive of him but also struggled with the information at first when considering what this meant for his future.

“Once I introduced her to my first partner though, it was much easier for her to understand what it meant for me to be gay because she understands what it means to be in love with another person,” Graham said. “From this, she started to see my relationship as a human experience that most people encounter.”

Graham also explained the challenges he experiences due to heteronormativity when performing simple, everyday tasks, such as answering questions at medical appointments or even having casual conversations at the office. For example, when recently asked who would be picking him up from a procedure, Graham answered “my fiancé,” to which the front desk assistant automatically replied, “what’s her name?”

“Situations like that can be comical when I correct them, but it’s also another almost daily reminder that relationships like mine are not thought about as often as heterosexual relationships,” Graham said.

Throughout his life, Graham never believed getting married was a possibility because he questioned if that was something God wanted for him. Yet, he eventually decided to pursue a relationship, which eventually led him to his fiancé, Chris.

Graham and Chris met online in 2019 and began dating long distance. Once the relationship got serious and the two became engaged, Graham decided to move to Indianapolis to live with his partner.

In 2020, Graham’s father died. While travelling to Georgia together to visit family after his father’s passing, Graham realized he wanted to spend the rest of his life with Chris. On New Year’s Eve in 2020, Graham proposed presenting Chris with an assortment of Diet Coke bottles with personalized labels including the couple’s names, their pets’ names and one that said, “Will you marry me?”

After Graham moved to Indianapolis, Christopher introduced him to the canal on a date, which is now one of their favorite places. In fact, they love it so much, the two will be getting married at the Indiana Historical Society, just off the canal later this year.

Leading up to June this year, Graham played an integral part in coordinating IndyGo’s Pride committee, which participated in the Indy Pride Parade and Festival and assisted in rolling out the agency’s first Pride Bus.

“Taking part in both the Pride Parade and Pride Bus rollout was fun and exciting for me personally,” Graham said. “It’s wonderful to be a part of something that involves so much of my identity within the workplace, and having IndyGo play a significant role in that for our community is fantastic.”

As a self-proclaimed advocate for the LGBTQ+ community, Graham said a large part of what he does revolves around education at work and in his personal life. His previous work experience has included education in all forms, but over time has mostly narrowed to identity development education, which fits perfectly with his role at IndyGo.

Graham’s work at IndyGo focuses on internal education and relationships, whether that be with professional skill development and continuing education, identity exploration for oneself or learning about and understanding others’ beliefs and cultures. His work also involves helping his department with teammate development activities such as food trucks and teammate appreciation events.

Although his role focuses on internal matters, he hopes to eventually expand his diversity and inclusion work and do more externally to fill the need.

“We have come a long way in being more inclusive and celebrating the LGBTQ+ community,” Graham said. “But we still have a long way to go too.”

For those who identify as being a part of the LGBTQ+ community, or those who want to support the community, Graham suggests checking out these resources for more information: 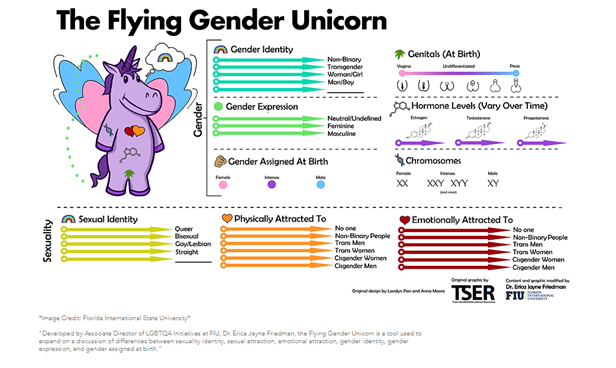 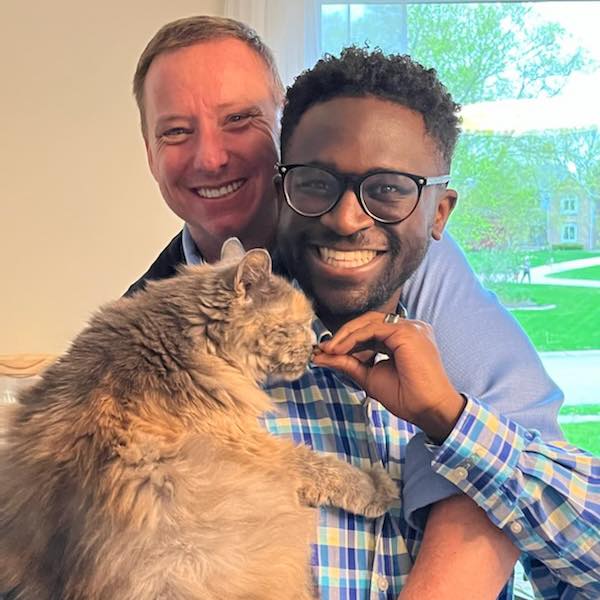